The extensive use of animal body parts in TCM sets the stage for extinction, the evolution of pathogens and spillover-events.

“….don’t forget that the coronavirus pandemic was the product of an imbalance in man’s relationship with the natural world. Like the original plague which struck the Greeks… it is a zoonotic disease. It originates from bats or pangolins, from the demented belief that if you grind up the scales of a pangolin you will somehow become more potent or whatever it is people believe. It originates from this collision between mankind and the natural world and we’ve got to stop it.”

To regulate #TCM globally by advocating for the elimination of animal body parts in #TCM.

To remove #TCM from the World Health Organization’s ICD-11.

To raise awareness about and constrain the influence of China’s Belt and Road Initiative (#BRI).

To make the case that #TCM is not credible nor science-based “medicine”. 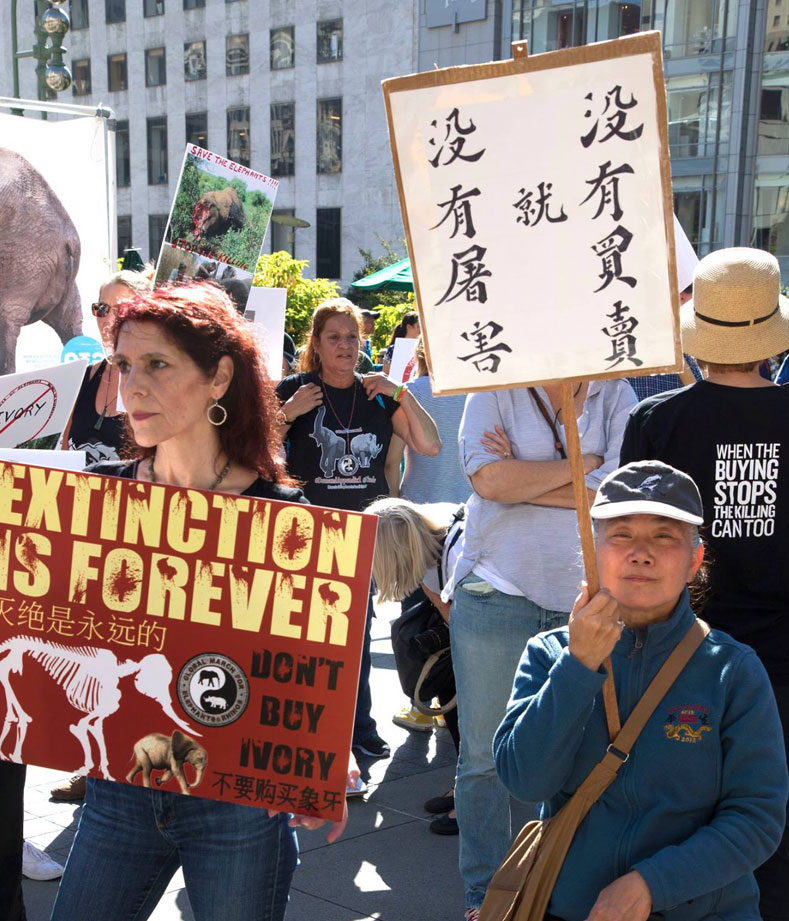 This campaign aims to ban the use of animal body parts in Traditional Chinese Medicine (#TCM) and demand the World Health Organization (#WHO) remove #TCM from its International Classification of Diseases (ICD-11). It also aims to constrain the objectives of China’s Belt and Road Initiative (#BRI).

As of this writing, scientists are still unraveling the COVID-19 origins story; initial analysis submitted that a bat was the likely reservoir host, and, while a pangolin has not been ruled out as the vector inducing “spillover”, the intermediate host or hosts remain undetermined in the absence of sufficient probabilistic accuracy. Whether the virus emerged at the Wuhan live animal market from an interaction between an animal and a human or whether it emerged elsewhere, the likelihood of aberrant anthropogenic disruptions to a once intact human-wildlife interface triggering the evolution of COVID-19 cannot be dismissed.

Life has changed dramatically for global citizens since the onset of COVID-19 in China in December 2019. Given the staggering number of infected humans and the mounting death toll, any wildlife market continuing to operate anywhere in the world is tantamount to a ticking time bomb. The poaching, trafficking, and farming of wild creatures and the use of wild animal body parts in commercial enterprises, whether legal or illegal must be banned. Cultural traditions that continue to exploit wild animals must move to revise such practices, legally enforcing non-endangered plant-based technologies as alternatives.

#TCM, a multibillion-dollar industry, uses the body parts of a staggering array of wild creatures, critically endangered and otherwise; rhino, leopard, pangolin, bat, tiger, lion, sea horse, macaque, porcupine and even elephant and donkey make up a segment of a much longer list of “ingredients” purposed by #TCM.

Worryingly, the World Health Organization (#WHO) has included #TCM (Traditional Chinese Medicine) in its International Classification of Diseases, “a highly influential document that categorizes and assigns codes to medical conditions, and is used internationally to decide how doctors diagnose conditions and whether insurance companies will pay to treat them”.

China’s appetite for #TCM is actively pushing multiple species to the brink of extinction; additionally, the use of pathogen heavy wild animals as “ingredients” sets the stage for the emergence of future zoonoses. The #WHO endorsed #TCM without rigorous and lengthy clinical trials, without double blind studies and with little to no scientific evidence to defend its decision. The #WHO’s association with unfounded and potentially dangerous “treatments” is reprehensible. Taxpayers around the world, whose largesse ensures the viability of the #WHO expect an organization that operates with integrity. The #WHO has been tasked with the privilege of overseeing and protecting the world’s health, it must do better; governments must ensure it does.

This brings us to the #BRI, China’s Belt and Road Initiative. The #BRI aims to actively promote #TCM in #BRI-countries. According to a paper published in Nature: “On a global scale, this is likely to increase both TCM demand and the sourcing of wildlife-based TCM ingredients from new areas.”, the glibly expressed prediction camouflages the grievous threat faced by both humans and animals in the face of China’s misbegotten ambitions on behalf of faulty and expensive “medicine”.

China must end the use of animal body parts in #TCM, the #WHO must remove #TCM from its ICD and the #BRI must be constrained. Nations importing #TCM, or manufacturing #TCM within their borders must regulate it, ensuring no animal body parts are used as ingredients.

GMFER is developing a strategy and generating content to underwrite the launching of this campaign. As of this writing much of our strategy must remain undisclosed given the dynamic nature of the variables governing the campaign.