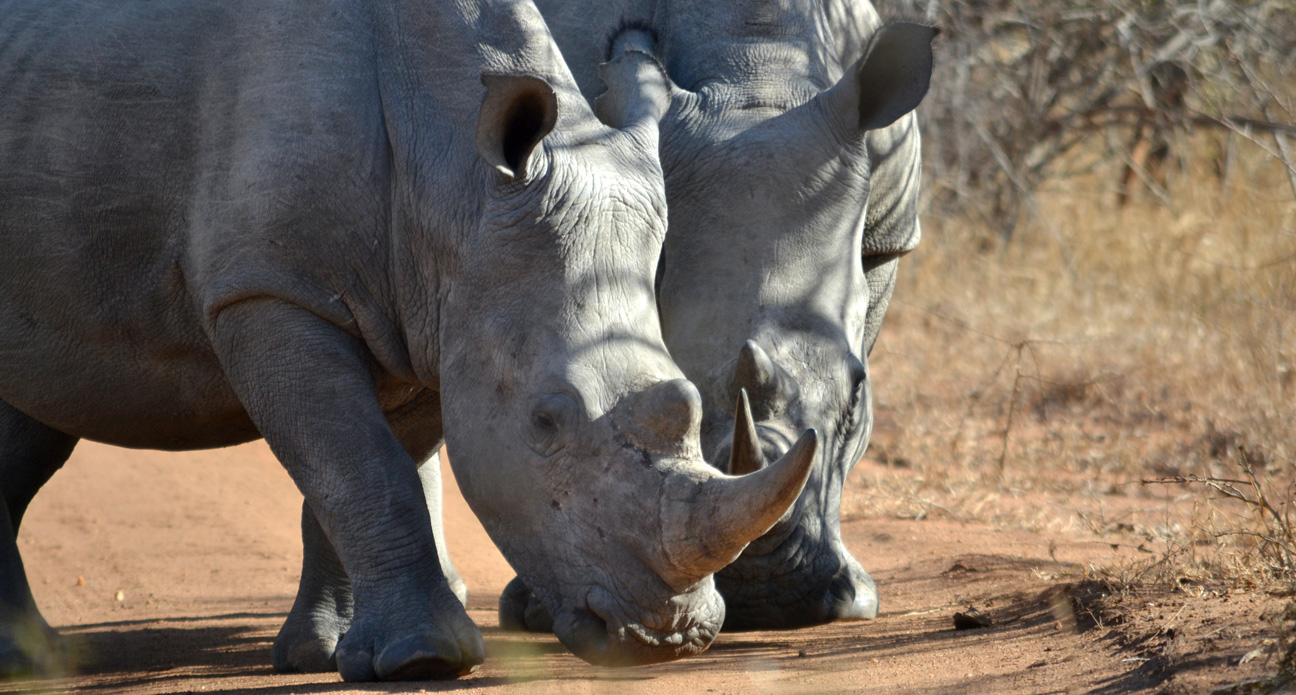 The rhino once roamed across most of the South East Asia and Africa. The species’ horn, its enormous size and physical characteristics are a distinctive throwback to prehistoric megafauna; tragically, the animal is one of the most endangered on earth and is poached for its horn.

There are five extant species of rhino:

– Only 68 individuals remain in the wild, all confined to the Ujung Kulon National Park in West Java.

At the turn of the 20th century, ~500,000 rhinos roamed Africa and Asia; by 1970, the population had dropped to 70,000 individuals. Today, those numbers are down to less than ~30,000 in the wild. The most recent statistics from Kruger National Park in South Africa point to a population decline of 67% for white rhinos and 35% for black rhinos, both in less than a decade.

• The killing/poaching of rhinos for rhino-horn. The killing is sponsored by the demand for rhino-horn in Asian markets. Legal and illegal markets are functionally indistinguishable. The horn is used in #TCM and as an aphrodisiac; rhino horn consists of keratin, the same substance in human hair and nails. There is no scientific evidence supporting the claim that keratin has medicinal properties, nor is the horn effective as an aphrodisiac

• The legalizing of rhino-horn trade within South Africa

Animal markets, the bushmeat trade, the wildlife trade, the disruption of intact human-wildlife interfaces, factory farms, wildlife farms and TCM are –all- potential and credible sources for the evolution of pathogens and for spillovers incidents; these practices also sponsor extinction.