GMFER’s Collaborative Campaign to Evict ReconAfrica from the Okavango Delta

ReconAfrica must abandon its misbegotten plans to drill within the Okavango Delta.

“At a time when wildlife populations have plummeted by two-thirds in just 50 years, and Africa’s elephants are critically endangered, we must do all we can to protect and cherish earth’s largest terrestrial mammal, a creature symbolic of Africa’s wild heritage and one who wordlessly captures the human imagination. ReconAfrica must abandon the potential destruction of the Okavango Delta..”

To evict ReconAfrica from Namibia, Botswana, and the Okavango Delta

To make the case that the last intact home ranges of one of earth’s grandest mammals must be protected from neo-colonial extraction activities.

To educate and raise the alarm on accelerating anthropogenic global warming in the context of extraction enterprises that degrade and decimate earth’s biodiversity.

To support the voices of Africa’s indigenous in amplifying the causal factors and consequences of disenfranchisement, poverty, corruption and greed. 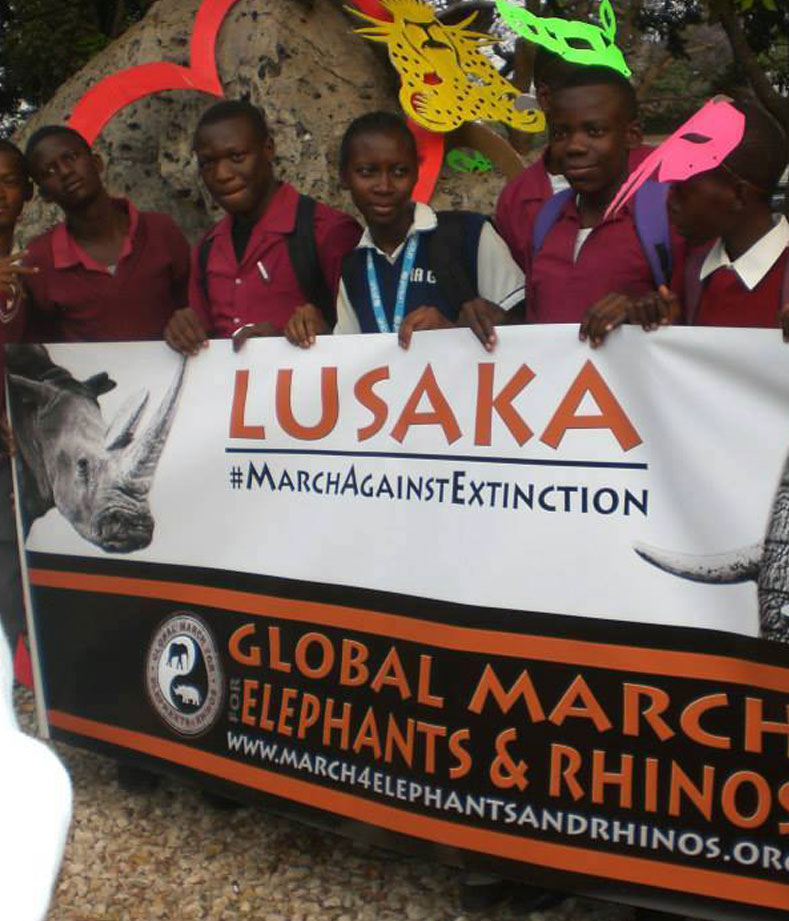 The Okavango Delta watershed is a pristine and biologically rich region. ReconAfrica, a Canadian oil and gas exploration company has recently begun the 2nd stage of its seismic survey in the Delta, hunting for oil and gas in a UNESCO World Heritage Site with the blessing of the Namibian government.

Elephant populations in Africa have plummeted from millions of individuals several decades ago to less than 450,000 individuals -today- inhabiting fragmented habitat throughout the continent. The most recent IUCN red-list designates the two African elephant species as endangered and critically endangered.

A 2015 study by the Wildlife Conservation Society of Uganda demonstrated that elephants are negatively affected by both seismic surveys and oil and gas exploration. The study found that elephant behavior, movement, migratory patterns and home ranges were -all- adversely impacted. ReconAfrica’s activities in the Delta will increase access to the region, potentially intensifying poaching. Drilling activities are disruptive and are very likely to harm wildlife, habitat, and ecosystems.

Between 2019-2020, hundreds of elephants exhibiting symptoms of neurological disorders literally fell to their deaths in the Delta. Scientists believe an excessive bloom of Cyanobacteria, a toxic bacterium occurring in water sources, led to the mass die-off. The bacteria thrive in warmer waters; unmitigated Climate Change will increase the frequency of toxic blooms, exacerbating the risk to elephants and all animals using water resources in the Delta. It is ironic that the Namibian government and ReconAfrica have engaged in an enterprise poised to release more carbon into earth’s atmosphere by drilling within a region where hundreds of elephants met their death just months before from a toxic bloom linked to Climate Change.

At a time when wildlife populations have plummeted by two-thirds in just 50 years, and Africa’s elephants are critically endangered, we must do all we can to protect and cherish earth’s largest terrestrial mammal, a creature symbolic of Africa’s wild heritage and one who wordlessly captures the human imagination.

ReconAfrica must abandon the destruction of the Okavango Delta.

#GMFER, in collaboration with advocacy groups on the ground, in Canada and those international are actively campaigning to evict ReconAfrica from the Okavango Delta. Our efforts include sponsorships of local and global campaigns, joint press-releases dispensed to multiple publications, tweet storms, joint letters to political representatives and lobbying efforts targeting investors, demanding divestment from ReconAfrica.

Watch this space for more!