Fresh thinking and bold action for animals, people, and the place we call home.

“Today we are faced with a challenge that calls for a shift in our thinking, so that humanity stops threatening its life-support system. We are called to assist the Earth to heal her wounds and, in the process, heal our own – indeed to embrace the whole of creation in all its diversity, beauty and wonder. Recognizing that sustainable development, democracy and peace are indivisible is an idea whose time has come”

To be a vibrant voice for other living things.

To engage the voices of indigenous and global communities in the conversation about conservation.

To end the trade in wildlife, whether legal or illegal. 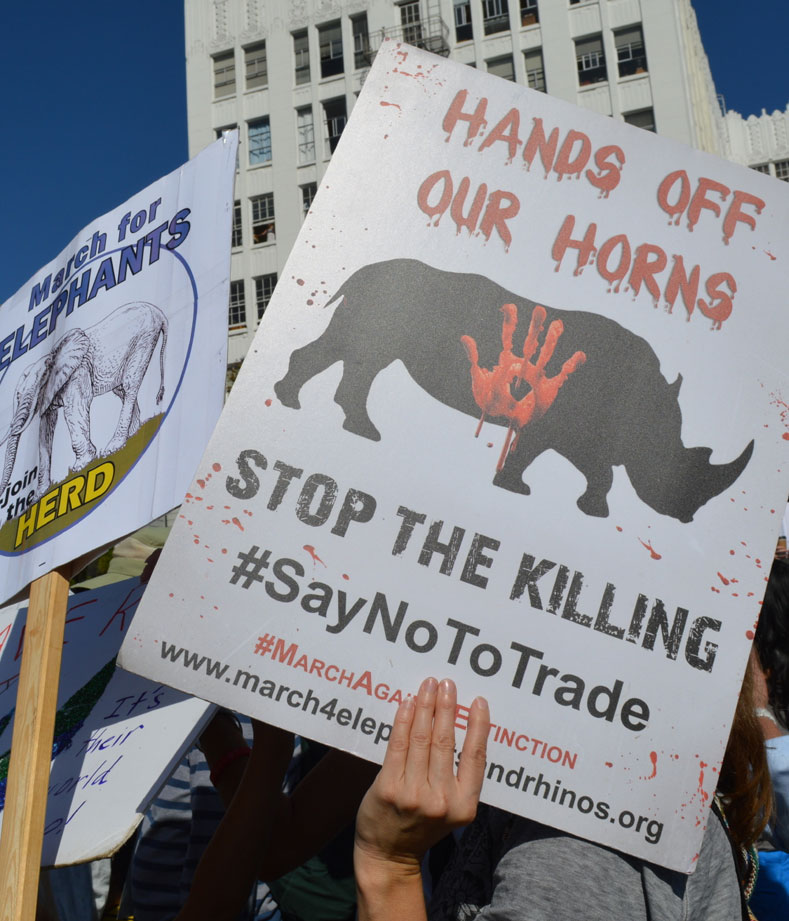 Since 2013, our annual events have raised awareness, lobbied for national and international policy and legislation to protect the lives and homes of iconic wildlife, and amplified the voices of indigenous in the conversation about conservation. Over the years our events have influenced the passage of laws that regulate and ban the trade in ivory and rhino horn, specifically laws in the USA, the UK, and China.

The U.S. Department of State described our global events in this way:

“People in more than 130 cities around the world, including Hong Kong, Nairobi and Washington, participated in October’s Global March for Elephants and Rhinos. According to experts, these marches keep political pressure on leaders to protect the world’s largest land animal.”

In 2016, during CoP17 in Johannesburg, GMFER made history by becoming the first grassroots-wildlife-advocacy organization to be credentialed to attend the 17th meeting of CITES (the Convention on International Trade in Endangered Species of Wild Fauna and Flora) in Johannesburg. On the opening day of the conference, thousands marched from the heart of the city to the entrance of the Sandton Convention Center where CoP17 was kicking off. The passionate and unprecedented event was organized by GMFER in partnership with collaborators from South Africa.

GMFER plans to attend CITES’ CoP19 in Costa Rica in 2022; we plan to create some “good trouble” on behalf of mother earth and her children. In addition, tentative plans to host global events toward the end of 2021 are proceeding, provided of course, the COVID-related situation is favorable.

Update: GMFER decided against global events in 2021, given the context of COVID.