“The fact is that no species has ever had such wholesale control over everything on Earth, living or dead, as we now have. That lays upon us, whether we like it or not, an awesome responsibility. In our hands now lies not only our own future, but that of all other living creatures with whom we share the Earth.”


Source: David Attenborough from the documentary series, Life On Earth. 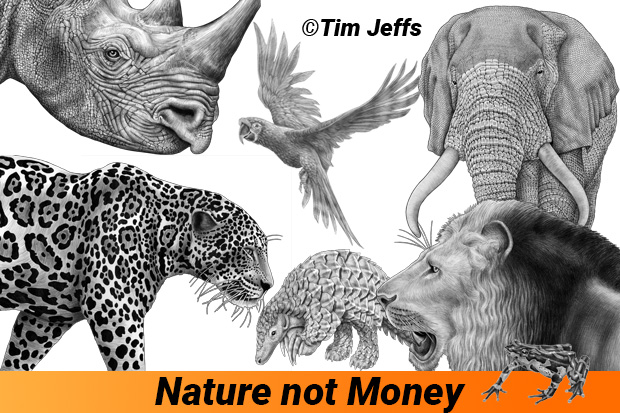 In the history of our earth there have been 5 great species extinctions. The most well-known is the most recent one: the extinction of the dinosaurs 66 million years ago. These mass extinctions were largely caused by natural disasters. In the case of dinosaurs, most likely wiped out by the impact of an enormous asteroid.

Today, 150 species die out every day. You have to imagine that: Thousands of years of evolution, constant adaptation to the environment, specialization and further development – and then suddenly: BANG, over! An entire species, not merely a single plant, not just a one lone herd of animals; no, the entire species is wiped out.

The extinction of species is a natural process and part of evolution. However at the rate of 150 species per day, extinction is occurring 1 000 times faster than that which happened through natural processes. Thus, we are clearly in the middle of the 6th mass extinction, not caused by a natural disaster, but by humans.

So it is the case that we are destroying the habitat of our fellow wildlife inhabitants, polluting the soil, the water, the air, forcing climate change on the planet.

All this on top of the fact that the exploitation and poaching of endangered animals and plants goes on unabated. It is estimated that the value of the world-wide illegal trade in wildlife is up to $23 billion annually.

There is also ongoing trade in wild animals to be kept as exotic pets, or their body parts used for the fashion industry (for example, handbags made of snake skin). In China and Vietnam there is a great demand for animal body parts as well as plant products to be used in the formualtion of some traditional medicines. The threat of extinction of elephants continues, driven by the demand for ivory trinkets, eagerly sought after as a fashion statement or to symbolize status and wealth.

The Convention on International Trade in Endangered Species of Wild Fauna and Flora (CITES) was created with 184 countries becoming signatory to the agreement in 1975. The vision and mandate for CITES was to counteract the extent of international trade in animals and plants, especially endangered species. Today, CITES regulates worldwide trade of over 36 000 animal and plant species.

The nineteenth meeting of the Conference of the Parties will be held in Panama City from November 14 to 25, 2022. You can find more information about it here: https://cites.org/eng/cop/19