The members of the Convention in International Trade in Endangered Species of Wild Fauna and Flora (CITES) meet every 3 to 4 years. The implementations of the convention are reviewed and possible amendments are decided. Representatives of non-member governments, NGOs involved in conservation and trade, and members of the public may also participate (without the right to vote). GMFER participated in the 19th Conference of the Parties, 14-25 November 2022 in Panama City. 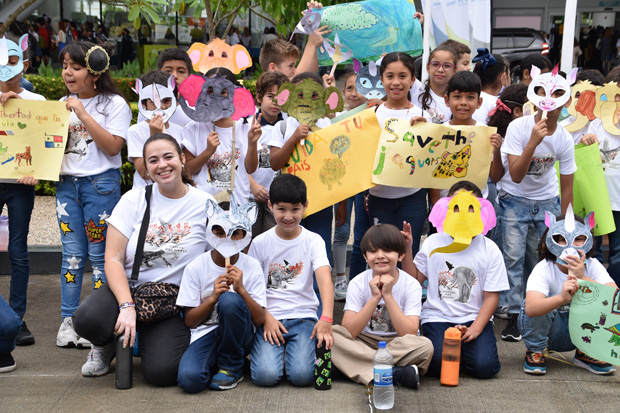 It is estimated that there are 8 million animal and plant species worldwide. Of these, about 1 million are threatened with extinction – this affects, for example, a quarter of all mammals and every 8th bird species. There are many interrelated and mutually reinforcing drivers: habitat loss, pollution, climate change, the spread of invasive alien species and human overexploitation of natural resources. But since countermeasures require a willingness to invest as well as partly to forego short-term profits, the above-mentioned problems are frequently discussed, but solutions are implemented only sporadically.

International agreements such as CITES (Convention in International Trade in Endangered Species of Wild Fauna and Flora) are therefore all the more important. The agreement was first signed by 21 countries in Washington, D.C. on 3 March 1973. Today, CITES comprises 184 parties who seek to ensure that international trade in specimens of wild animals and plants does not threaten the survival of the species. Regulations for international trade have now been adopted for more than 38,000 species. CITES is thus a significant cornerstone in global nature conservation. However, to enable a truly sustainable protection of our planet’s animals and plants, much more commitment is needed from member states and countries that are not yet members.

The basic idea of CITES is this: Depending on how severely threatened an animal or plant species is and the extent to which international trade in that species contributes to the threat, the species is listed in one of the Convention’s Appendices. Appendix I includes species that are critically endangered and for which commercial trade is therefore consequently banned for specimens originating from the wild. This is where most of the species supported by GMFER are found (namely certain elephant species, rhinoceros, pangolin, jaguar and great green macaw).

The species listed in Appendix II (which includes elephants and lions) may be traded commercially if an export permit is granted. This should only be the case if the trade does not threaten the survival of the species. In the case of African lions for instance, the reality is that trade in wild lions and their body parts (especially their bones) is controlled, but there is a lack of regulation for lions kept in captivity. Often these lions are kept in enclosures in downright abhorrent conditions. Since they are accustomed to humans, they make ideal victims for hunting tourism. The hunter keeps the head and skin as a trophy to decorate the walls at home. The remaining body parts are easily sold in certain Asian countries, where they are used for traditional Chinese medicine.

If individual countries want to protect the species living in them, they are included in Appendix III. In these countries, an export permit is then required for trade.

Without question, CITES is an effective instrument for the conservation of biodiversity. But as long as self-interest has top priority, governments prefer quick money to long-term solutions, and status and power count more than sustainability and protection. Until current gaps in the CITES regulations can be closed to insure the survival of all wildlife — the animal and plant world and thus our planet, our home -will not be permanently and comprehensively protected. In this respect, GMFER clearly positioned itself at this year’s CITES Conference of Parties with the motto: Nature Not Money.