"It is incomprehensible that ReconAfrica’s hunt for fossil fuels is going ahead,” said Rosemary Alles from Global March for Rhinos and Elephants. “Fewer than 450,000 elephants survive in Africa, down from millions not so long ago: 130,000 of these have established this region as a home range, and ReconAfrica’s misbegotten plans place them at direct risk." 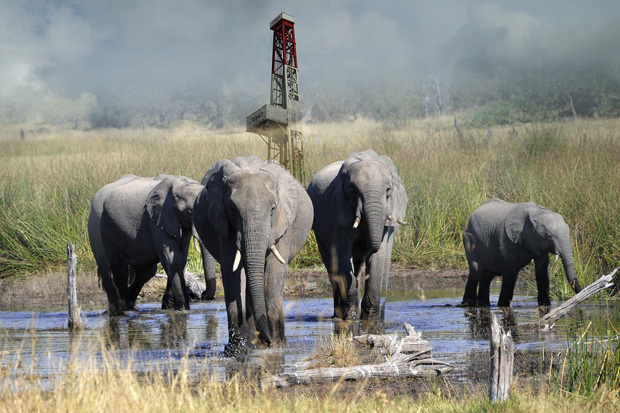 The Okavango Delta watershed is a pristine and biologically rich region; it is also a UNESCO World Heritage Site. ReconAfrica, a Canadian oil and gas exploration company has recently begun the 2nd stage of its seismic survey in the Delta, searching for oil and gas with the blessing of the Namibian Government.

Elephant populations in Africa have plummeted from millions of individuals just a few decades ago to less than 450,000 individuals today; they inhabit fragmented locales throughout the continent. The most recent IUCN Red-List cites both African elephant species as endangered and critically endangered.

A 2015 study by the Wildlife Conservation Society of Uganda demonstrated that elephants are negatively affected by both seismic surveys and oil and gas exploration. The study found that elephant behavior, movement, migratory patterns, and home ranges were -all- adversely impacted.

At a time when wildlife populations have plummeted by two-thirds in just 50 years, and Africa’s elephants are critically endangered, we must do all we can to protect and cherish earth’s largest terrestrial mammal, a creature symbolic of Africa’s wild heritage and one who wordlessly captures the human imagination.

ReconAfrica must abandon the potential destruction of the Okavango Delta.