“Until they undergo rigorous testing for purity, efficacy, dosage and safety, the WHO should remove traditional medicines from its list. These remedies should be given the same scrutiny as other treatments before being included in standard care practices.” 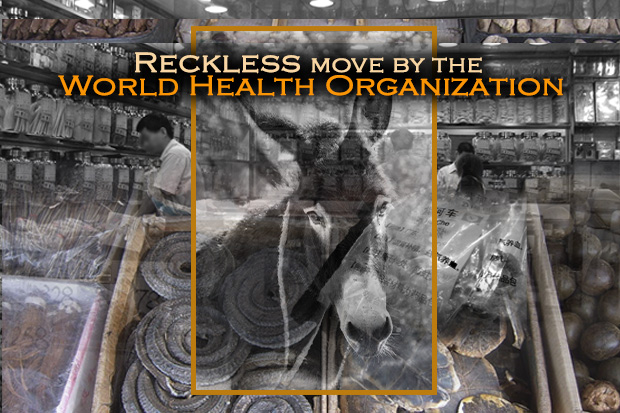 “China has been pushing for wider global acceptance of traditional medicines, which brings in some $50 billion in annual revenue for the nation’s economy. And in 2016 Margaret Chan, then the WHO director, praised China’s plans to do so. But while it’s a good idea to catalogue TCM and make health workers aware of treatments used by millions, their inclusion in the ICD recklessly equates them with medicines that have undergone clinical trials.”